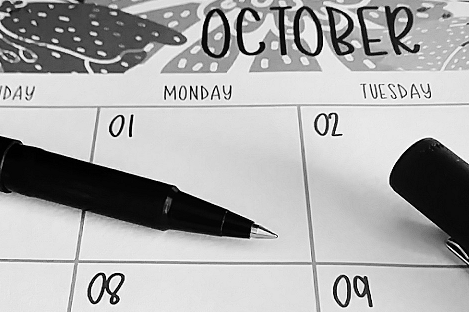 With the end of the year rapidly approaching, now is a good time to start looking ahead. For me, that’s seeing where I am on the goals I wanted to achieve for this year, and what I still want or need to be done.

At this point, I’m pretty happy with where I’m sitting for what I wanted done this year. As September closes out, I’m looking at what I’ve gotten written and where I need to go with it next.

First up on the list of projects is one I mentioned in the beginning of August. About halfway through September I realized I had two major problems with Hero Stones. The first being that I had too many points of view. Part of that was because there are a lot of ideas I feel like I can use. The other part of that is because the characters I’ve created are ones I find interesting, which naturally tends to breed more inspiration about what their lives and struggles might be like.

The other massive issue with Hero Stones I’ve run into is a major problem with the timeline. For the first drafts done back in July, timeline holes weren’t an issue, but as I’m getting ready to start on edits, it needs to be worked out. Because I already have a general idea of what’s happening thanks to the drafts I’ve already completed, working out the timeline for the first ten or so has been fairly easy.

Because of those two major issues, I’ve decided to trim the focus down to just one hero. Unfortunately, that means an almost complete rewrite of four of the completed ‘episodes’ so far. Hero Stones is going to be my NaNo project (rebels unite!).

My second project is several years older. It’s been on and off the back burner for the last three years at least. While I give myself a break from Hero Stones before NaNo, I took it back out and found a lot of places where my writing skills simply hadn’t been up to par for what this particular project needs. Until I have an actual draft of that done however, it’ll remain fairly under wraps, but I’m leaning heavily towards trying the same episodic format I’ve found for Hero Stones on it.

Ideally by the time December closes out, I’d like to have at least the first five episodes of Hero Stones completely rewritten, as well as an official working title for my second project.We’ll see how October and November go, and what ends up happening.

What are your writing goals for the end of the year?