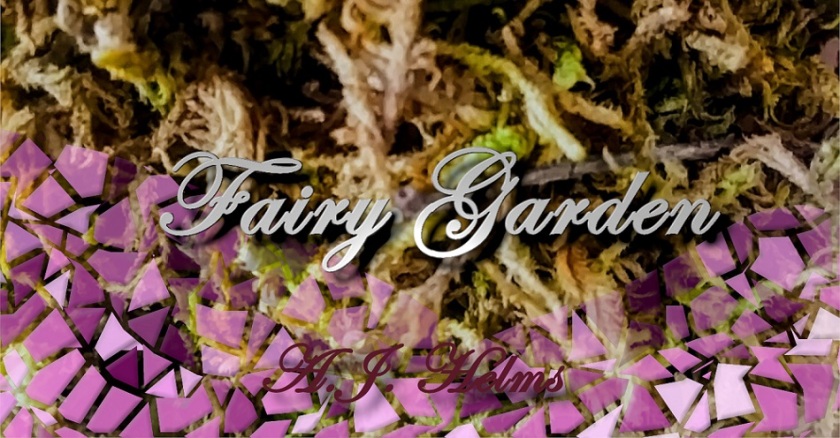 Brigit hummed a little as she worked, carefully attaching a chain to the tiny chair she’d crafted from a muselet. With the chair attached, she eased the other end of the chair onto the equally tiny stick, allowing the chair to hang and swing. With the swing now crafted, Brigit could sit up properly and inhale as she contemplated the next step of inserting the swing into the fairy garden.

Behind her, several of the windchimes hanging from the window tinkled and she turned, knowing they only did that when Holly was on the way in. Sure enough, Holly herself sauntered in, lips pursed in teenage disdain.

“Are you making another one of those things?” As she spoke, Holly continued around the kitchen island to the fridge.

A chuckle escaped Brigit as she turned back to inspect the project she’d laid out on the dining room table. “Yes I am. On special request. You used to love these things you know.”

“When I was like six and still believed in fairies.” The sound of the fridge opening was the only thing for several moments while Brigit contemplated the possibility of securing the swing to several rocks for support before she placed it inside.

Holly’s arms slid around her waist, a rare hug now that she’d hit fourteen. Brigit’s smile widened a little more when Holly’s head came to a rest on her shoulder, and she leaned back in her seat, making it easier for her daughter to hug her.

Neither said anything for a long moment before Holly lifted her head enough to rest her chin where her forehead had been laying. The heavy silence remained a heartbeat longer before a quavering breath broke it, followed by rushed words.

“If we asked, do you think the fairies would bring Dad back?”

The words almost surprised Brigit. Holly, after all, hadn’t believed much in fairies or magic or miracles of late.

“Fairies are strange creatures. You’d have to ask nicely, and they generally don’t do things without some form of payment.”

“They like jam, don’t they? You used to tell me stories about people leaving out jam and cream all the time.”

Brigit consider it a moment before she nodded and turned in her chair as Holly pulled back. “Yes,” she said. “They like jam and cream and sometimes honey. Thimbles and caps full and left in gardens. Even then they’re picky. They don’t like much to be seen but…”

“But they like to be believed in,” Holly said and managed a slight smile before she nodded. “You told me that too. Anyways, I’m hungry.”

A laugh escaped as Brigit turned back to the fairy garden she was working on. “When aren’t you hungry? Try to eat something a little healthier than all that junk food in the cabinet.”

She heard Holly rifling through the cabinets. Knew from the grumping sounds that her daughter had finally settled on peanut butter and jelly.

Brigit stood with care and came around the island to look out the kitchen window. Fruit bearing trees and vegetable trellises surrounded the gazebo at the farthest corner of the yard. As she watched, she could just see Holly placing something on the edge of the gazebo railing.

As Holly started back, the windchimes hanging on the eaves clattered together. Holly never glanced up, too used to them ringing to even notice a stray moth winging its way towards the gazebo.

Dealing with anxiety and totally unprepared to be an adult. Writing and drinking coffee. If you'd like to, you can check out my works at my blog, Written Vixen. You can also connect with me via Twitter @WrittenVixen. View All Posts